Lasers Galore: The Role of Lasers in Today’s World

We’ve watched a couple of sci-fi movies depicting lasers before. Star Wars is one movie that shows the advantages of lasers in a firefight. While other shows, such as Star Trek, highlight the different uses of a laser aside for warfare. But there is one thing we all didn’t expect, and that is being able to use lasers for all sorts of jobs today.

Laser technology is receiving billions of dollars in investment every year. Many businesses see the potential of lasers, and many more are planning to innovate them. Nowadays, lasers are found almost everywhere, even in people’s hands. They might not be as harmful as those depicted in movies and shows, but they can do miraculous things.

Speaking of which, we should discuss how close we are harnessing lasers as a weapon. It seems that we are getting closer than ever before. 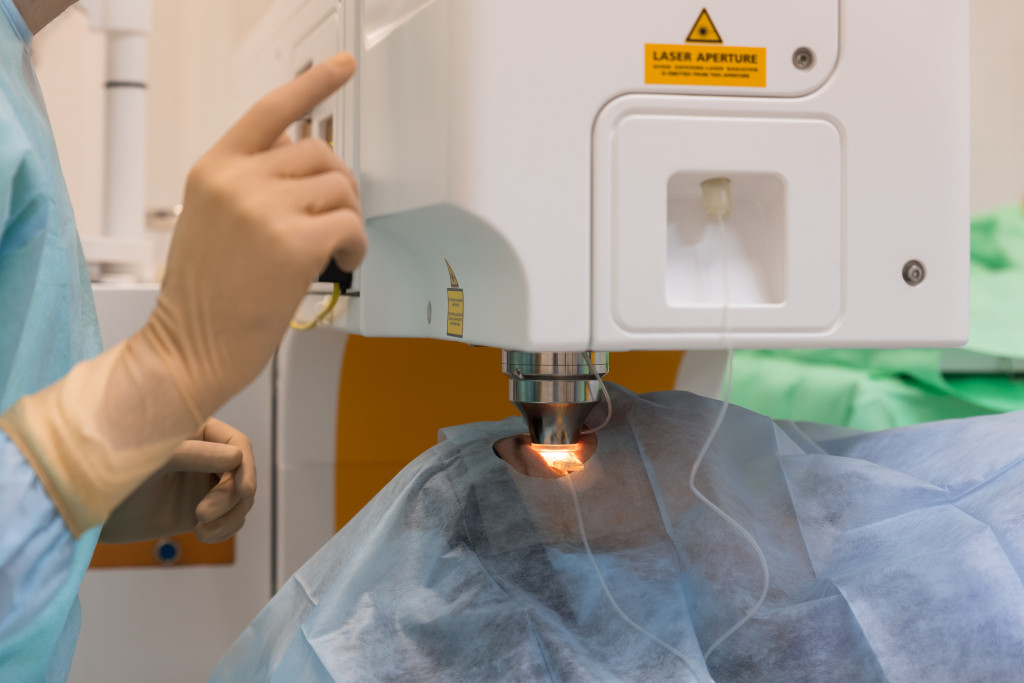 One sector that is capitalizing on lasers is the military. Lasers are faster than typical rockets and are almost unlimited in supply, making them one of the greatest weapons known to mankind.

Fighter jets sport some of humanity’s best technologies. Take the F-22 Raptor, for example. It’s considered one of the fastest vehicles on Earth, reaching Mach 2.2 speeds in mere seconds. However, its stealth technology and weaponry make it the top aircraft worldwide. Soon, it’s expected to be armed with “death rays” or lasers to shoot down missiles in mid-air. This makes the F-22 Raptor twice as deadly.

However, this isn’t the first time the military has used lasers before. Ground troops are known to use lasers to mark targets for artillery and airstrikes, and it has been mass-produced for quite some time now. So with this in mind, it seems that handheld laser weapons might be a real thing in the future.

It’s quite clear that the military gets access to some of the best technologies out there before us. But lasers aren’t meant to only take lives. They are intended to save lives as well.

Lasers in the Medical Field

Lasers are becoming the tool of choice for surgery and other medical operations. Their ability to heat and sear puncture points lessens the risk of bleeding out. Moreover, lasers work ensures that surgeries and procedures are done efficiently.

Time is of the essence in medical operations and surgeries. The longer an operation goes, the higher chance of fatality for the patient. This is why lasers are becoming more popular among many doctors. It can cut faster than scalpels and can never go dull. Even dental professionals are using it for their operations. They’ve found that lasers lessen the bleeding of the gums for complicated tooth extraction. This means that the patient can recover much faster than traditional methods.

Lasers are saving lives, but they are far from reaching their truest potential. Millions more in investments are required for this to happen.

Another industry that is benefiting significantly from lasers is manufacturing. We’ve always had a problem with manufacturing. That problem is efficiently using energy to produce the goods we need to survive. Unfortunately, we haven’t found the necessary combination of technology to reach 100% efficiency in manufacturing goods, but with laser technology, we are slowly reaching that point.

Lasers have many uses in manufacturing. For example, lasers can cut steel faster than saws and do less energy. They can also be used in soldering and welding, which expedites how certain goods are made. Additionally, this makes it easier for manufacturers to repair certain damages, such as structures.

There are many more things that lasers can provide the manufacturing industry. It’s helping the sector save a lot of money and time producing their products and goods for us to use and consume.

The Future in Laser

Laser tech is bringing us ever closer to the future. We used to think that it would forever be used in sci-fi films, and it’ll nothing be more but fiction. But nowadays, laser tech can be seen in all sorts of industries, being used in various ways.

At this point, it seems that there is nothing that lasers can’t do. To a certain extent, that statement is true. As we have stated, lasers haven’t reached their full potential just yet, and it’ll be many years and billions of investments before we can get to that point. But as laser technology continues to improve, the more we can benefit from it. Experts believe that it will bring us closer to becoming a space-faring species in the future.