Renewable Energy and Its Role in Our Daily Lives

The world’s future depends on three things: keep global warming under control, transition to renewable sources, and protect the ocean. There is no future in a world that is burning in its core with oceans dried up. Imagine your children living in a kind of world where water is lab-made and streets are either cooled or heated up by technology. Everyone can do their part in making sure the next generations still have an Earth to live in. We need to protect the environment the way we protect our children. It goes hand-in-hand—our love for our children and our love for a world that nurtured us for a long time. It’s time to give back.

Have you made the switch to using renewable energy? This is the easiest way for you to do your part in saving the world. One household using solar power has a direct impact on the environment. Imagine if neighborhoods, communities, towns, cities, and states would do that. Imagine how protected the environment will feel if people maximize what is already available—the sun, wind, and water.

It is hard to imagine how renewable energy can change your life, right? People neglect how that will benefit the rest of the world. That’s okay because renewable energy sources are also very beneficial to the person who opts for them. This isn’t only for the next generations or for third-world countries that suffer more from the carbon emissions of first-world nations. Renewable energy has a direct benefit on the homeowner, believe it or not.

People don’t always take advantage of the 45L energy-efficient tax credit, a 2006 tax policy that offers $2,000 credit for a dwelling unit that uses heating and cooling energy less than the national average energy consumption. This tax policy benefits single-family homes, condominiums, apartments, townhomes, student housing, and assisted living. Any taxpayer who built a property for personal use can qualify for this tax credit.

Unfortunately, most property owners don’t invest in renewable energy sources when, in fact, this is one project they can pour their resources into. Instead of focusing on the aesthetics of a home, for example, they can prioritize installing solar panels on the roof to save on energy costs and take advantage of the tax credit. If you have solar panels now, don’t forget to tell your accountant about them. 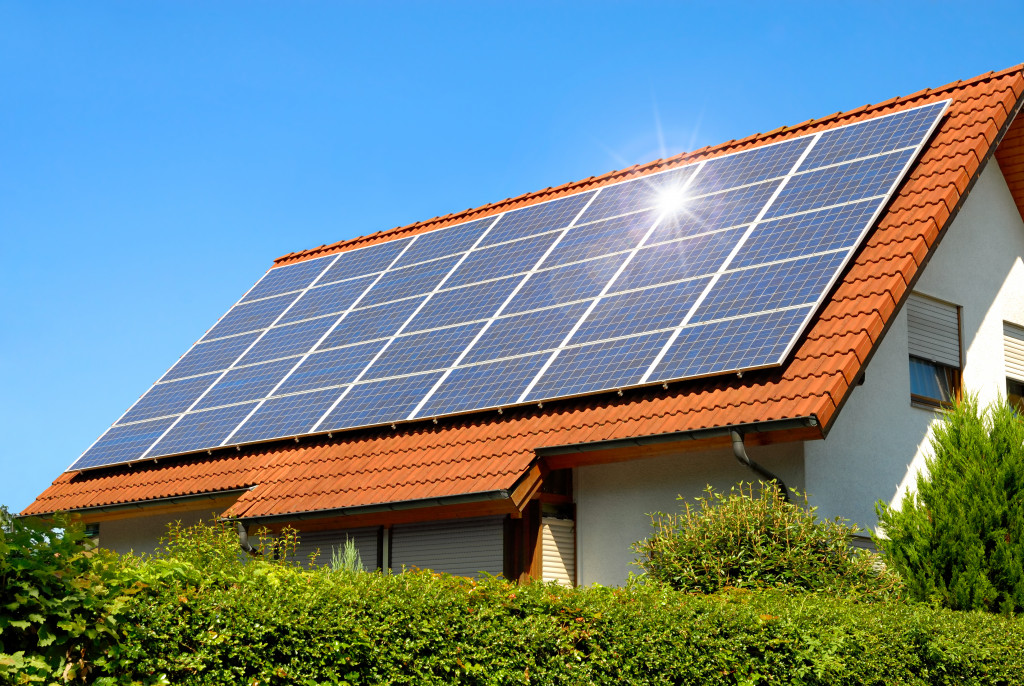 Everyone has access to power drawn from the sun and wind. There is no shortage to the amount of energy that wind and solar can provide a household. They can power households enough that you don’t have to connect to the grid and even contribute to the power that comes from the grid. Even offices can be powered enough by solar panels. Plenty of office buildings have already made the switch to solar panels that they place on their roofs.

Even if they don’t directly use the power sourced from solar and wind, households can pay for their electric bill using the power generated by the solar panels. By directing that power to the grid, households and office buildings can significantly lower their monthly electricity bill. This is like selling the energy their systems generated from the sun and wind.

Currently, there are 1.4 billion cars on the road worldwide. This means that nature has to continue supplying the sources of petroleum. The problem is that petrol production is one of the biggest sources of carbon dioxide emissions, which is something society is already improving upon by using more energy-efficient appliances and processes. Bioethanol is a good alternative to petrol because it is created through the main sugar fermentation process.

Aside from using bioethanol for fuel-driven cars, people should also start preferring hybrid and electric cars. These can be powered by solar energy since some of them have solar panels on their roofs. The problem here, of course, is the cost because petrol-based cars are still cheaper compared to hybrids and electrics.

Renewable sources of energy are the hope for a better future. They represent the best of what nature can do. They also provide more opportunities for people to start living more ecologically fair lifestyles. If you don’t think renewable energy makes an impact on your daily life, consider the most recent natural catastrophes the world has experienced—from the 50-degrees Celsius temperature in Australia during summer to the freezing weather in Chicago that turned water in the plumbing system into ice.