Five Reasons Virtual Reality is the Future of Social Media

Virtual reality technology has a long and complex history, dating back to the early 1970s. However, it wasn’t until the late 1980s that virtual reality began to gain mainstream attention. This was mainly due to the work of Jaron Lanier, who founded the company VPL Research and developed some of the first commercial virtual reality products.

However, it wasn’t until the 1990s that virtual reality began to take off. This was mainly due to the development of new technologies, such as 3D graphics and powerful gaming consoles. It was also around this time that researchers began to study the potential effects of virtual reality on the brain.

Social media is all about immersion. It’s because, in that immersion, platforms for online communities are investing in VR. With VR, communities can meet in a shared virtual space and interact as if they were in the same room. This is especially beneficial for communities that span across the globe.

Facebook has already started to integrate VR into its social media platform. For example, the Oculus Rift headset allows users to explore Facebook’s 360-degree photos and videos. Facebook also launched a new app called Facebook Spaces, which lets users hang out with their friends in VR. All of these are being used by online communities, and they enjoy it.

Virtual reality can also improve communication within social media platforms. In traditional social media, communication is often hampered by the limitations of text-based messages or short video clips. With VR, however, users can communicate with each other more naturally. For example, they can express themselves using hand gestures and body language. It can lead to a more intimate and engaging conversation.

In addition, VR can also help people with social anxiety disorders or autism spectrum disorder to interact with others. It’s because VR can provide a safe and controlled environment where they can practice social interactions. 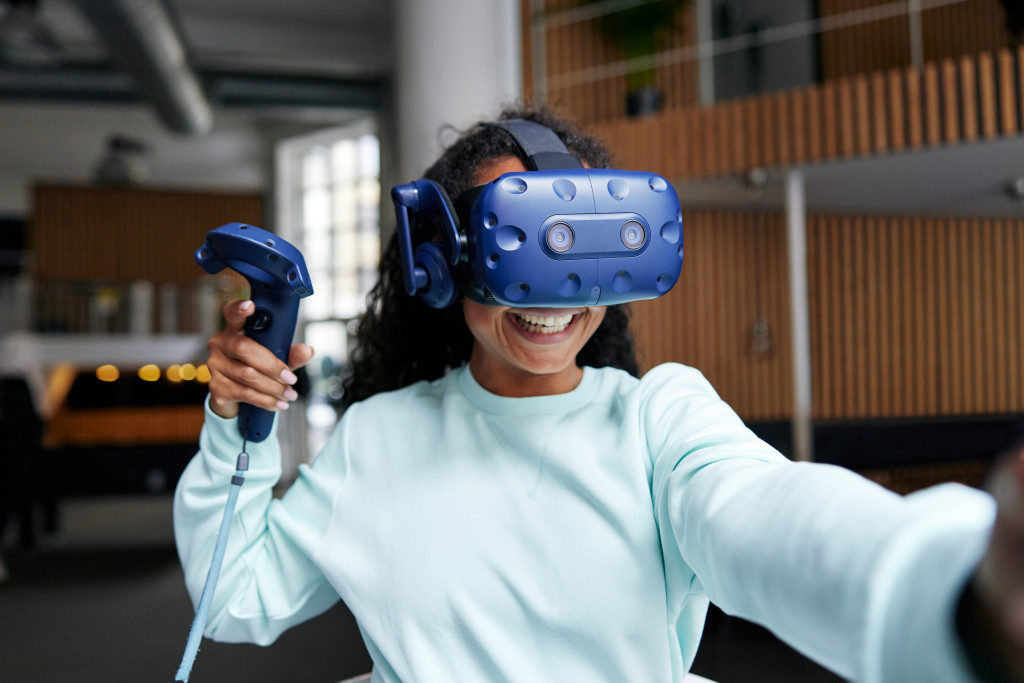 It also gives users a reason to keep coming back to the platform. After all, why would anyone want to leave a platform that offers so much fun and excitement?

This is why platforms like YouTube and Facebook are investing in VR content. They know that VR provides a more engaging experience for users. As a result, they are more likely to keep coming back to the platform.

In the past, people often criticized social media for being anti-social. This was because it tended to replace real-life interactions with online ones. However, virtual reality is changing that. With VR, users can now interact with their friends more naturally. They can also connect with friends who are far away.

This is why VR is becoming increasingly popular among young people. They see it as a way to connect with their friends and have fun simultaneously.

Virtual reality is changing social media in many ways. But these changes have their own set of problems. One problem is that not everyone can afford a VR headset.

The Cost of VR Headsets

Some VR headsets cost around $15 to $50, but these are smartphone headsets. The average price of a VR headset from brands like Oculus and HP is about $200 to $500. This means that only a certain percentage of people can access VR content.

Another problem is that some people are concerned about the potential privacy implications of VR. They worry that VR could spy on people or collect data about them without their knowledge.